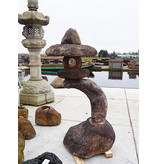 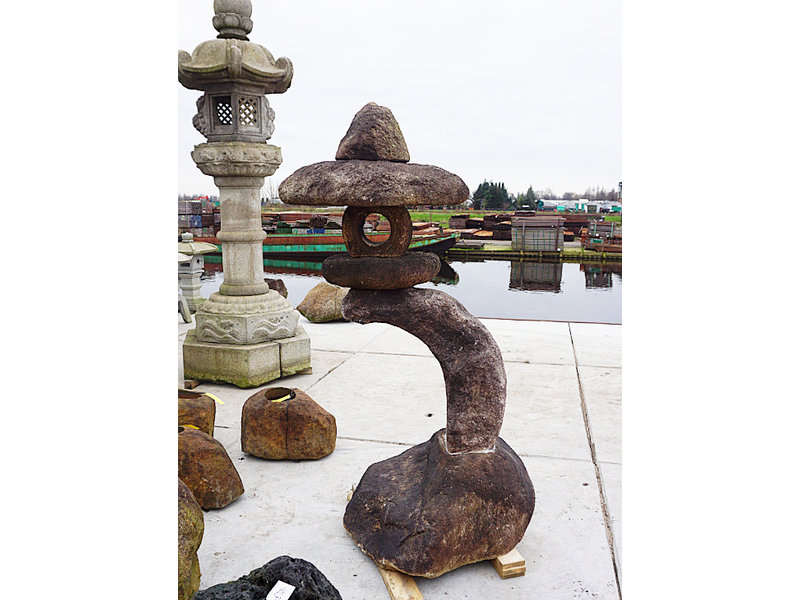 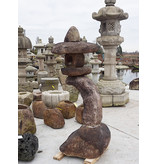 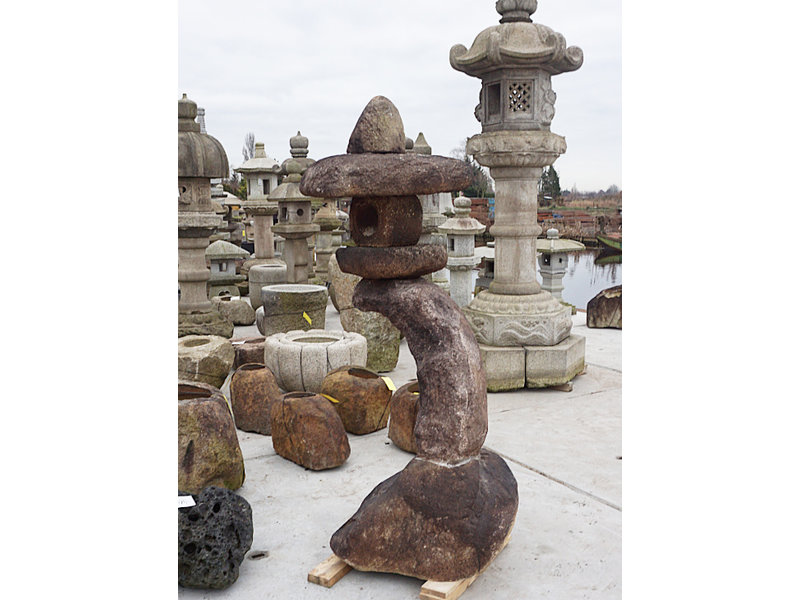 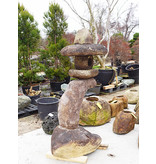 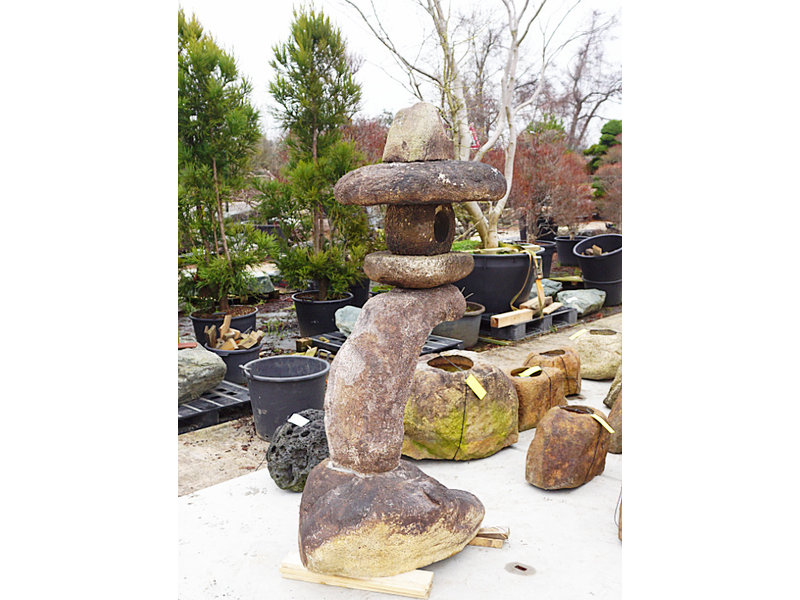 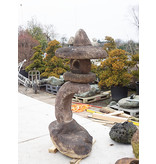 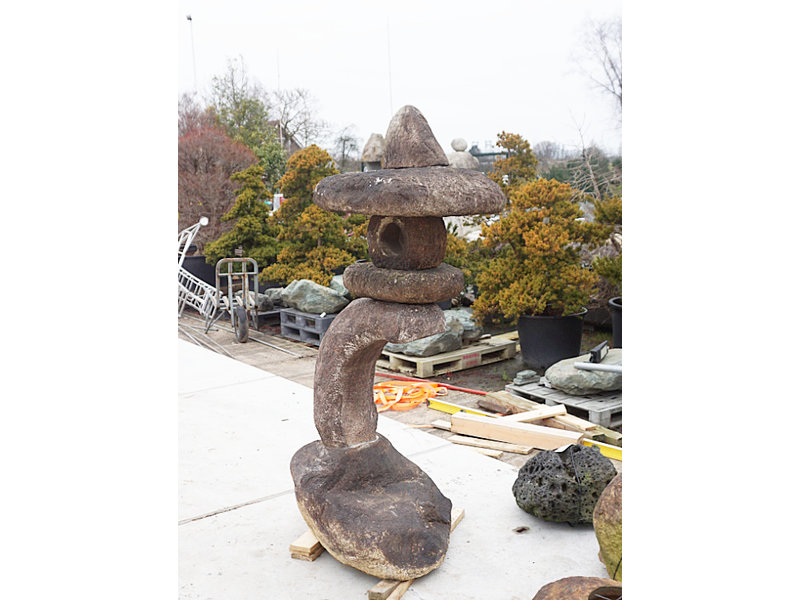 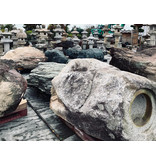 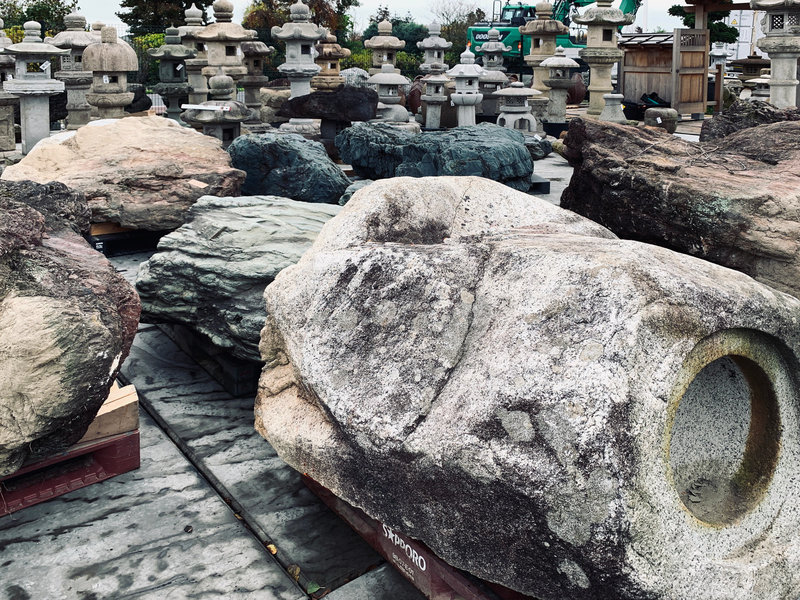 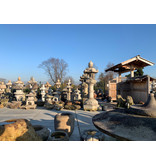 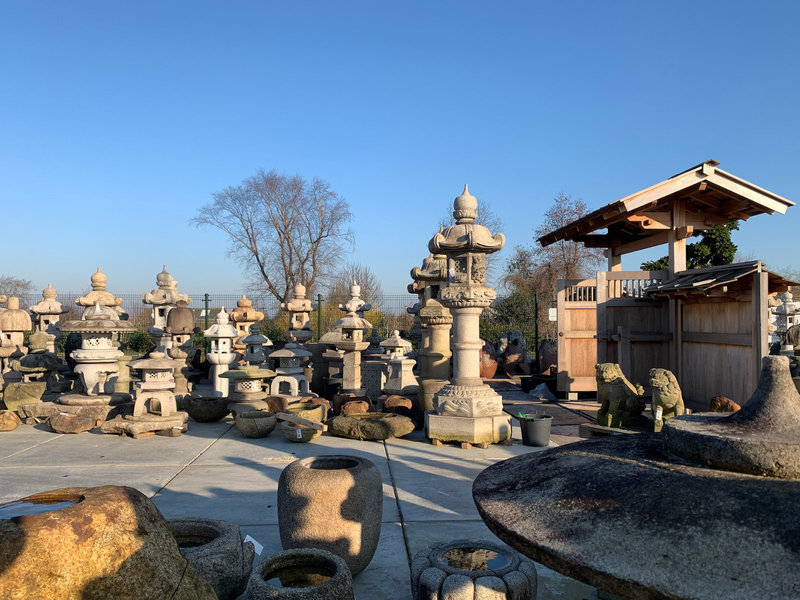 This beautiful unique lantern is a Nozura-dōrō with the shape of a Rankei Gata Ishidōrō. Nozura-dōrō (野面灯籠) literally translates to lantern of rough stone, a very fitting name. The famous stone lantern variation is for the most part made of unpolished rock. This gives the lantern a natural and rustic appearance, making it blend well into any garden or landscape. An important principle of the traditional Japanese garden is that it should reflect the true essence of nature. A principe that strongly supports peoples choice for a lantern like the Nozura-dōrō.

The Rankei Gata Ishidōrō (蘭渓型石灯籠) is a very popular stone lantern that is famous for its characteristic bended Sao on which the Hibukuro rests in a balanced way. The lantern is often placed elegantly along the waterside. Additionally, it also fits perfectly in other spots of the Japanese garden such as next to the garden path or surrounded by green.