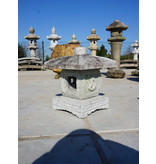 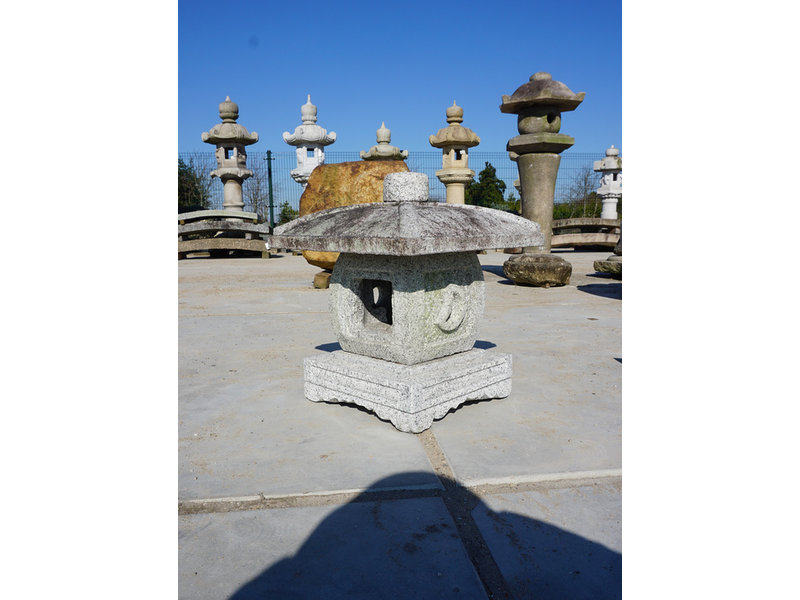 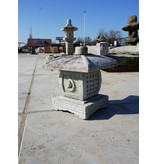 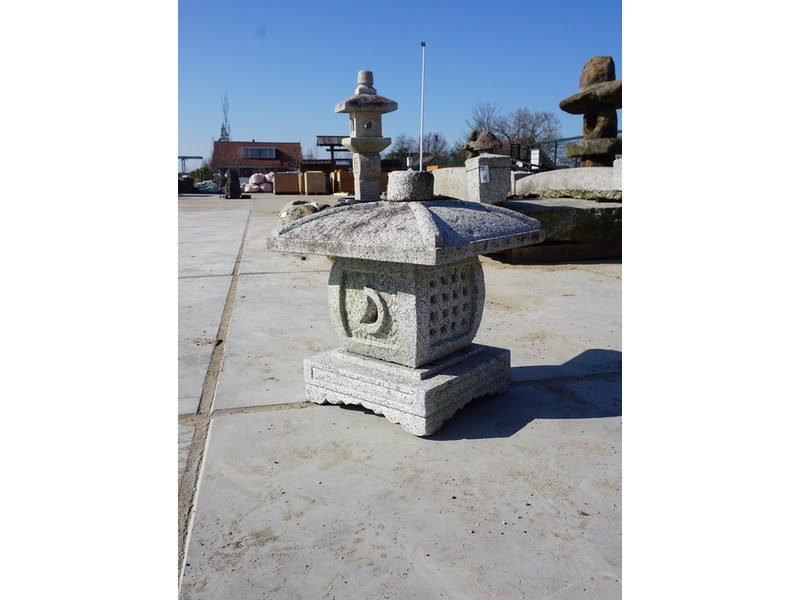 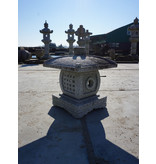 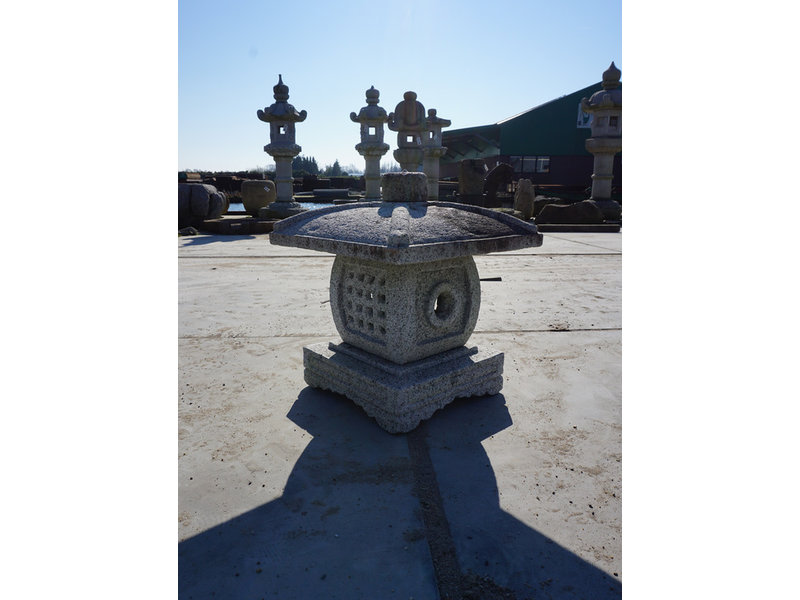 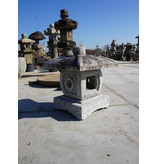 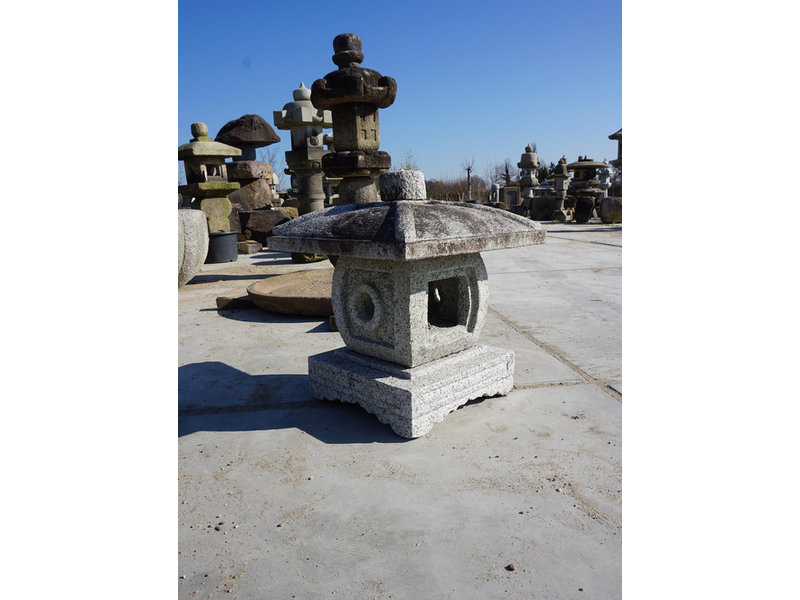 The Tenkachaya Gata Ishidōrō (天下茶屋型石灯籠) is a beautiful example of an Okigata or movable lantern. The lantern is known for its straight square shapes, beautiful gridwork and openings in the shape of the sun and moon.