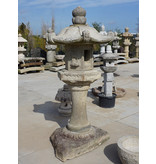 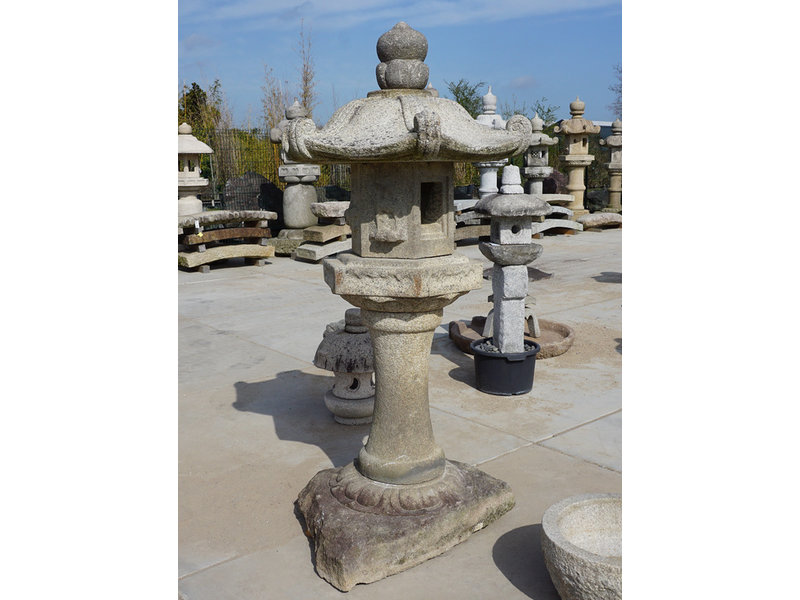 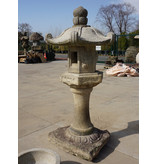 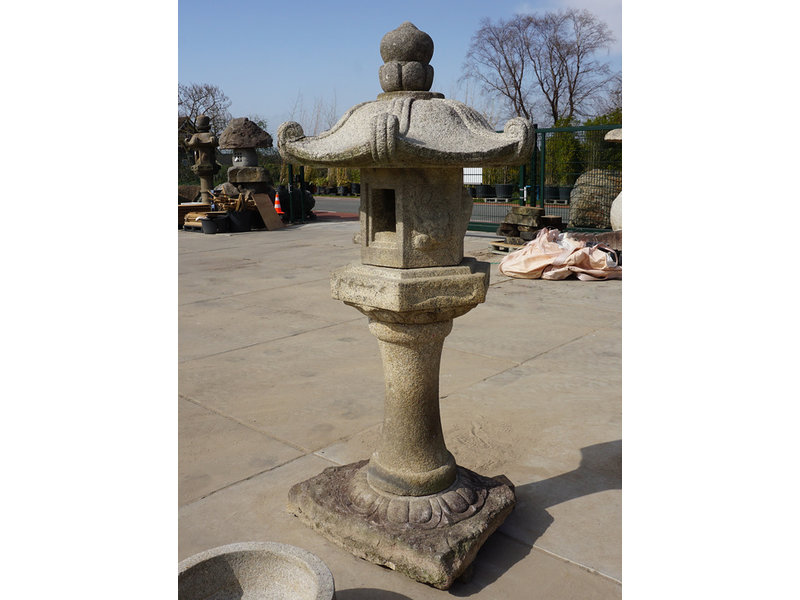 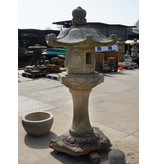 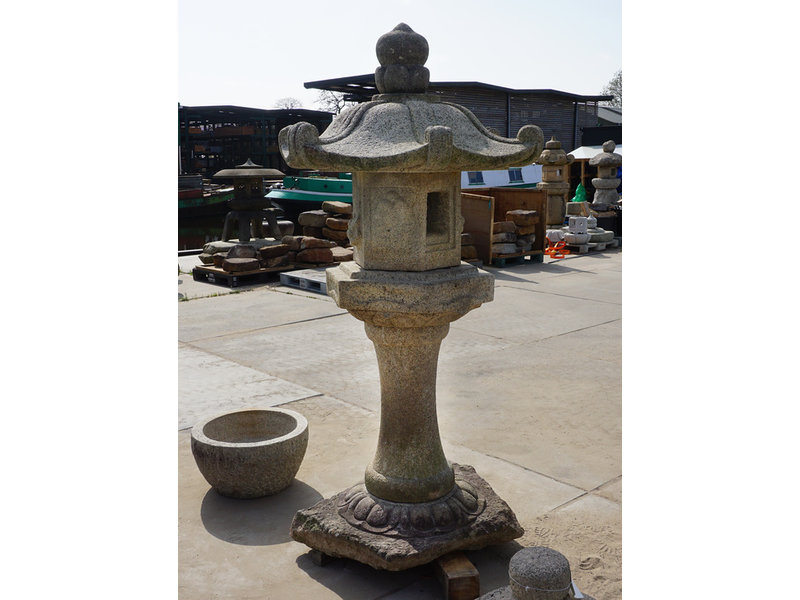 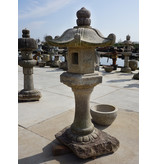 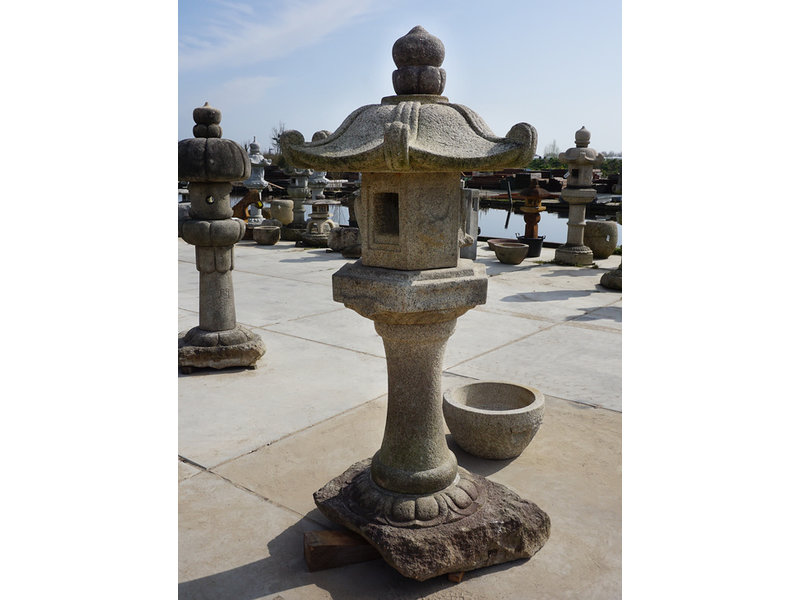 Tokuji Ishidōrō (独自石灯籠) is a term used to describe unique lanterns that do not fit a specific type. The concerning lanterns are special and original pieces made by individual sculptors. This piece has taken the famous Kasuga lantern as its basis, with its recognizable Hibukuro and Chūdai. Especially the Kasa and the Sao have a unique appearance. Slender and elegant.

- Origin: Nagoya, Aichi prefecture, Japan
- Material: Hirukawa Stone (蛭川石)
- Age: Meiji Period
- Characteristics: A small part of the Kasa has been restored, as can be seen on the pictures