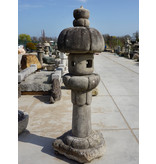 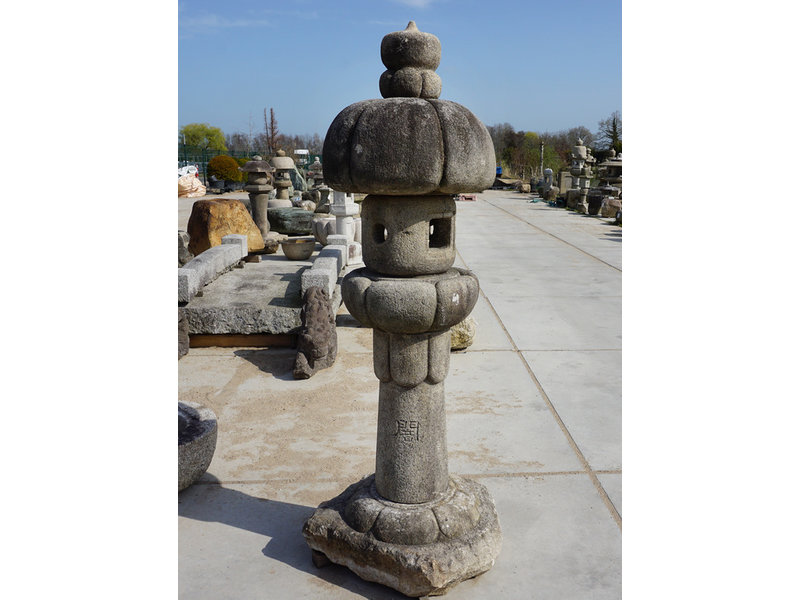 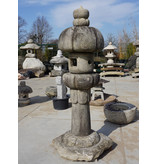 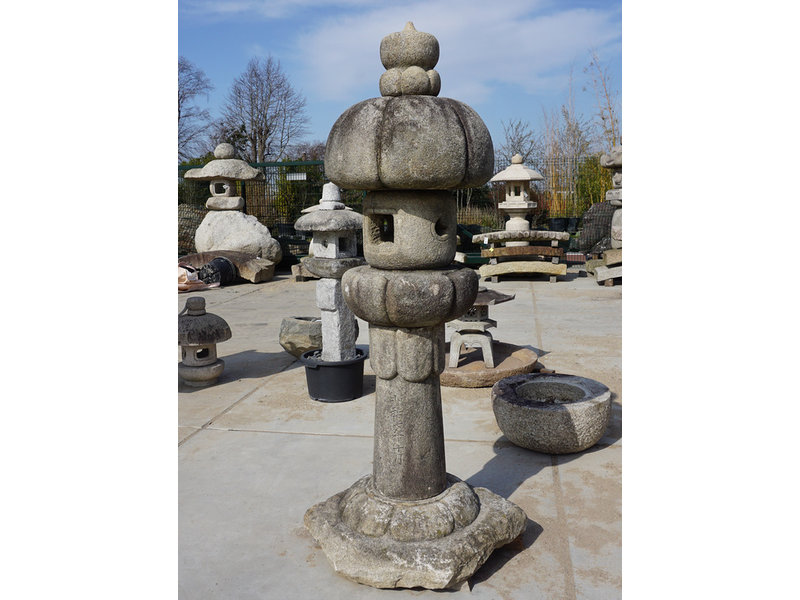 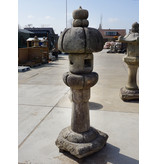 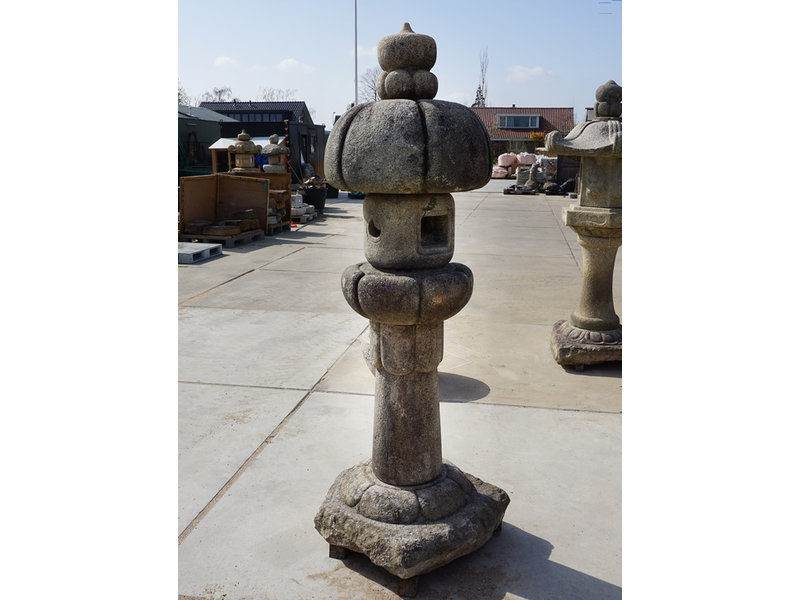 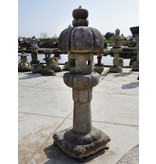 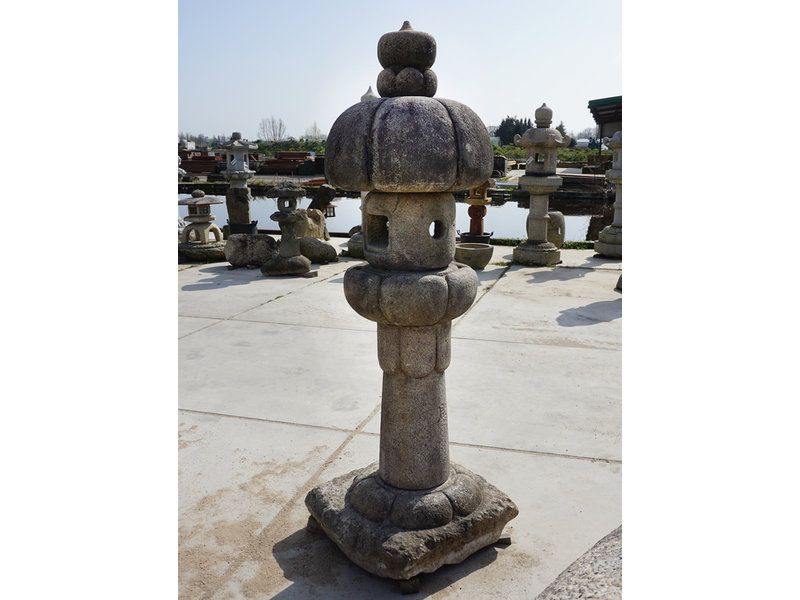 The Yoshino Gata Ishidōrō (吉野型石灯篭) is well-known for the role flower petals play in its presentation. Almost all the parts of the lantern are shaped like petals, giving it an overall elegant appearance.
Carved Japanese text can be seen on three sides of the lanterns Sao. One side has the Kanji character for darkness (闇) on it. On another side the year and month when the lantern was completed is carved. Shōwa year 7 month 10 (昭和七年十月), which in Japanese is the same as October 1932. On the last side the name of the former owner can be read, Yamada Genmatsu (山田源松).