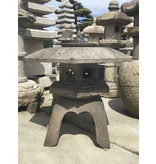 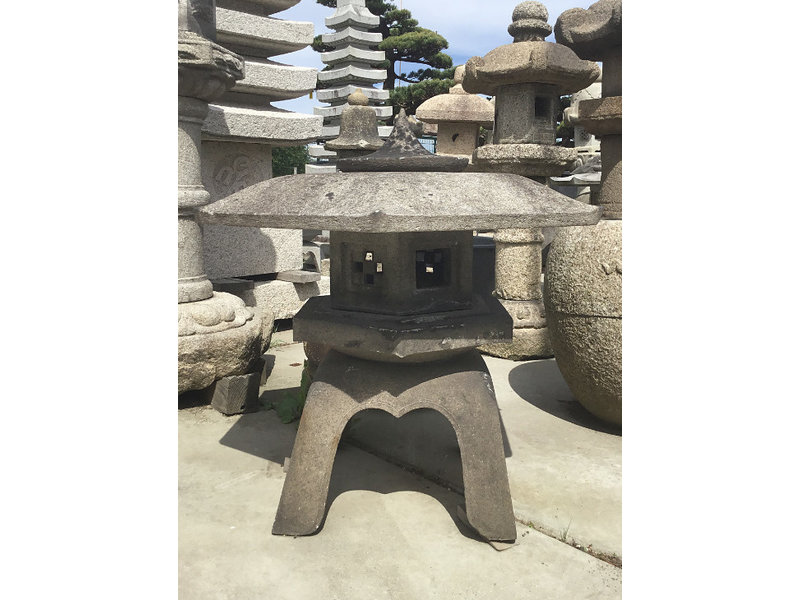 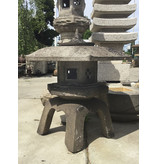 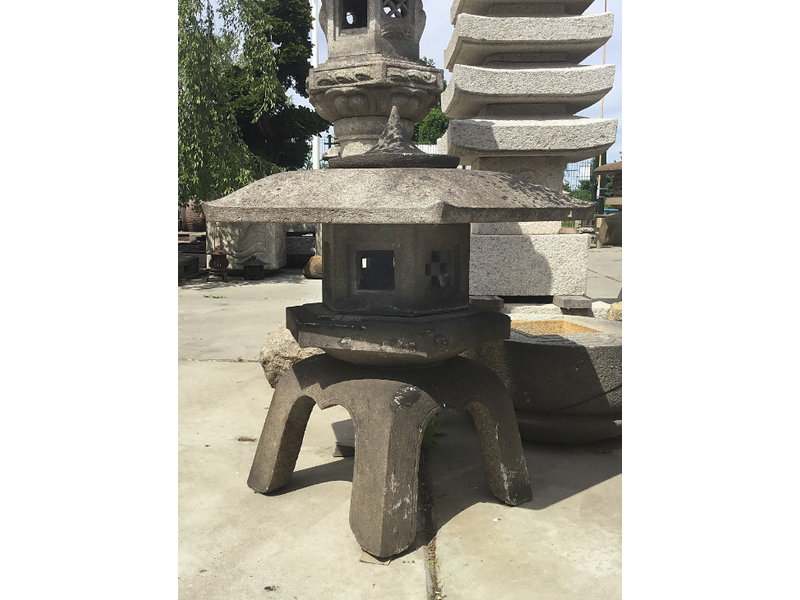 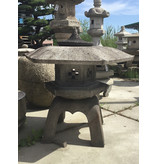 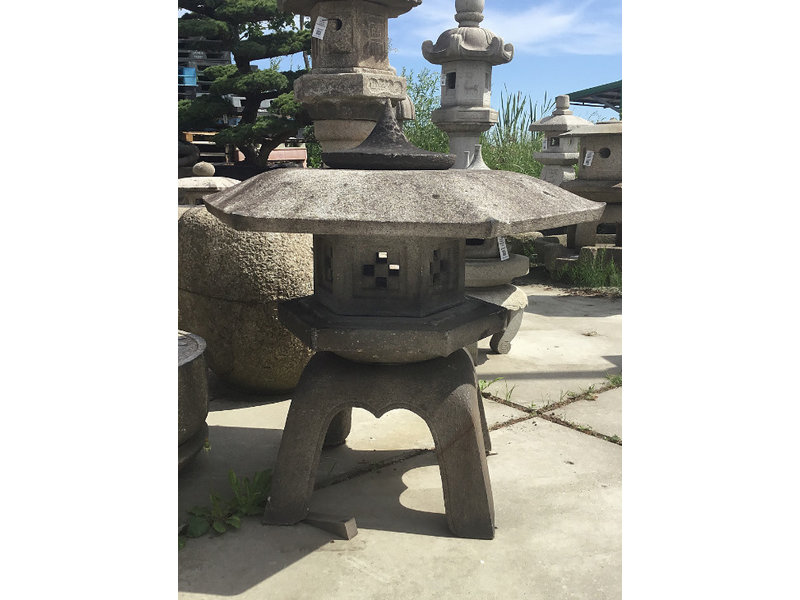 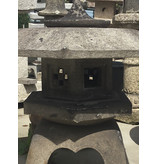 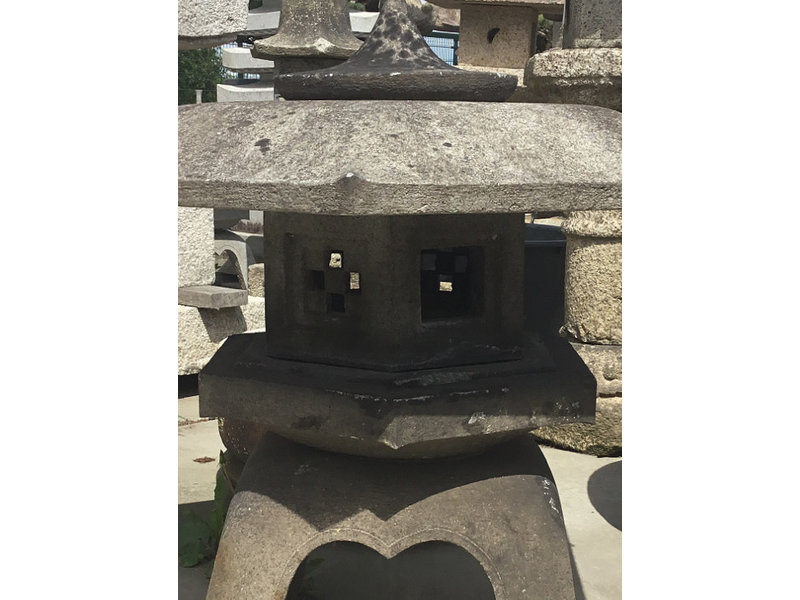 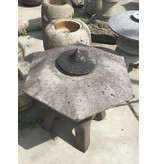 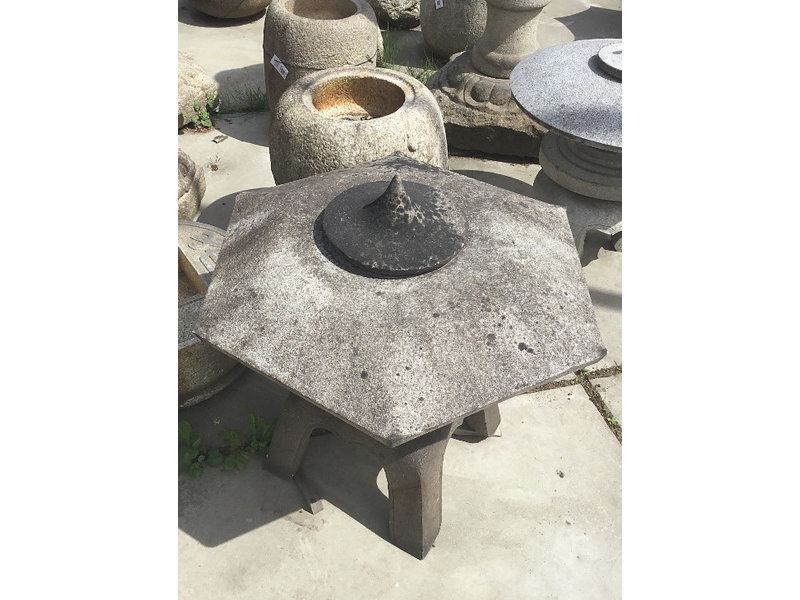 Item description - YO01010225
Stone lanterns, Ishidōrō (石灯籠) in Japanese, are without a doubt the most characteristic part of the traditional Japanese garden. The phenomenon originated from China more than a thousand years ago, from there it spread to Korea and eventually was integrated into Japanese culture as well. All Japanese holy sites, such as Buddhist temples and Shinto shrines, use stone lanterns as sacred light sources. During the 16th century, stone lanterns became very popular among Japanese tea masters and they were used to light the path through the tea garden leading towards the tea house. Ever since then, one or multiple stone lanterns are featured in almost every traditional Japanese garden.

The Yukimi Gata Ishidōrō (雪見型石灯籠) is the most well-known lantern that is relatively close to the ground. Yukimi is Japanese for seeing snow. This name was based on the fact that the Kasa (傘) or umbrella of the lantern can be covered with snow during the cold winter days. The snow on the Yukimi lantern is easier to see compared to other lanterns because of its proximity to the ground. Because of this, Yukimi lanterns are also called snow lanterns in English.

The Kaku Yukimi Gata Ishidōrō is a Yukimi variation with four legs and a hexagon Kasa. The Japanese word Kaku (角) can be translated as angle or square, which refers to the overall appearance of the lantern.