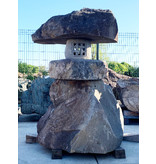 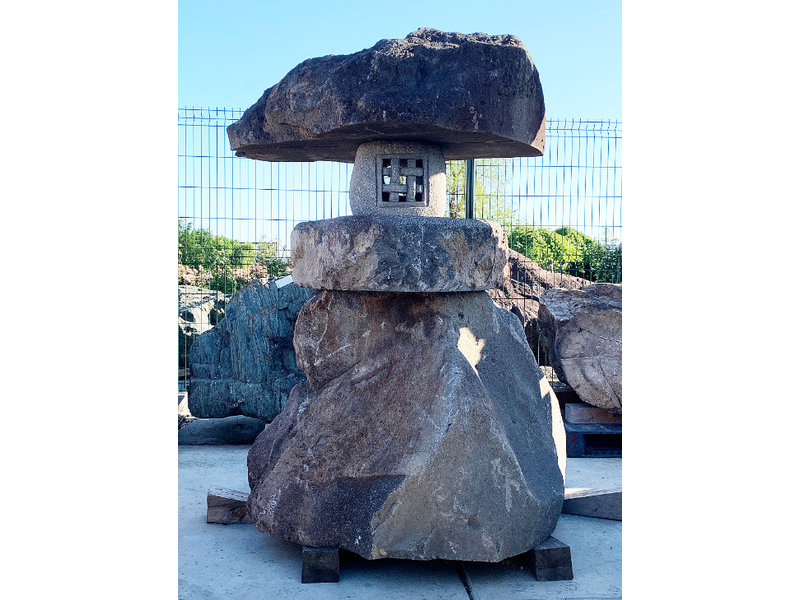 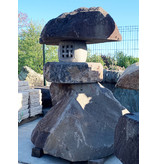 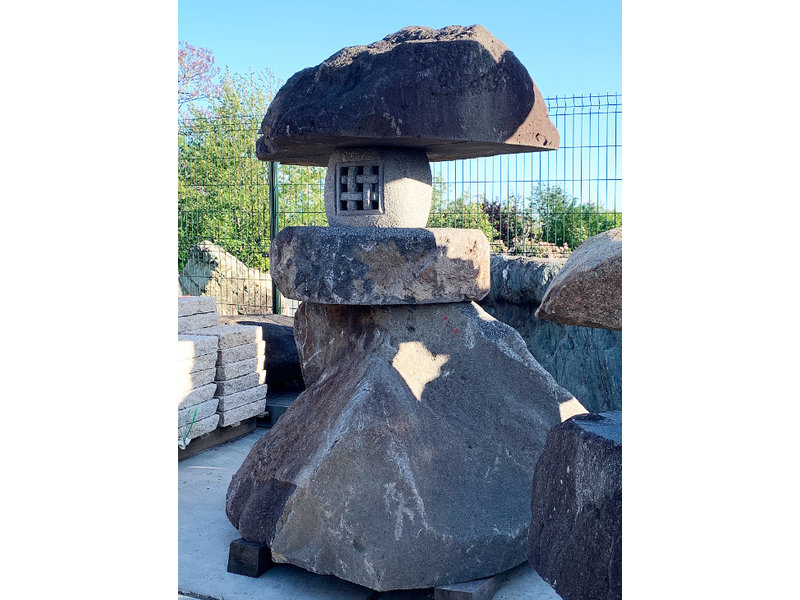 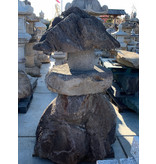 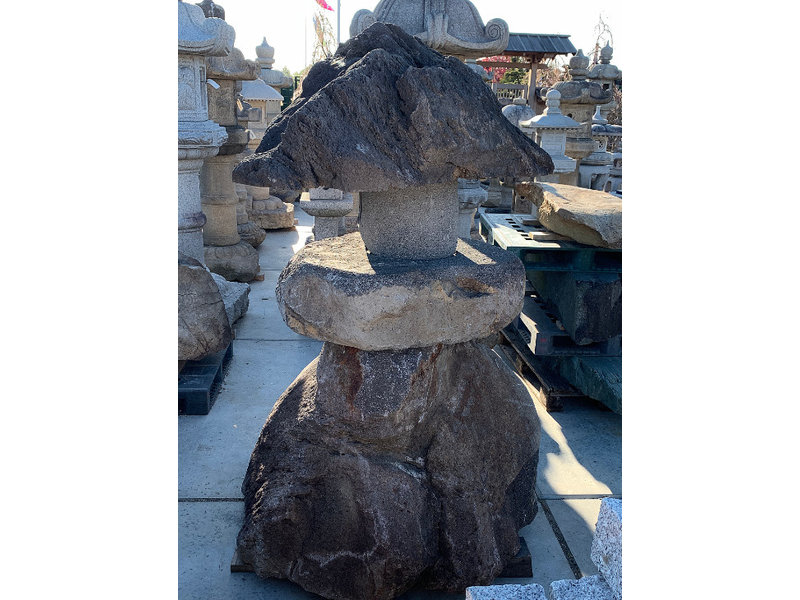 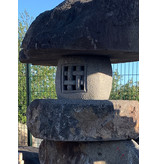 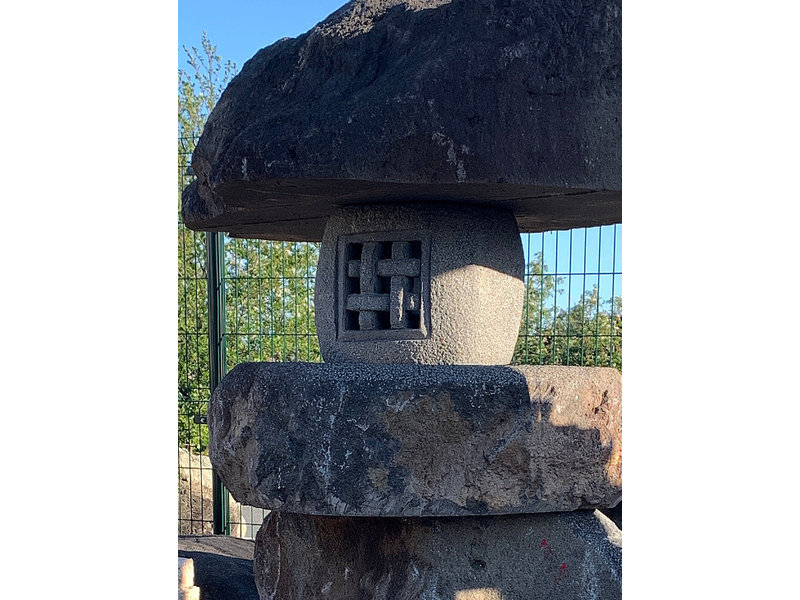 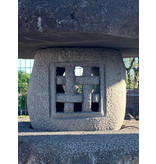 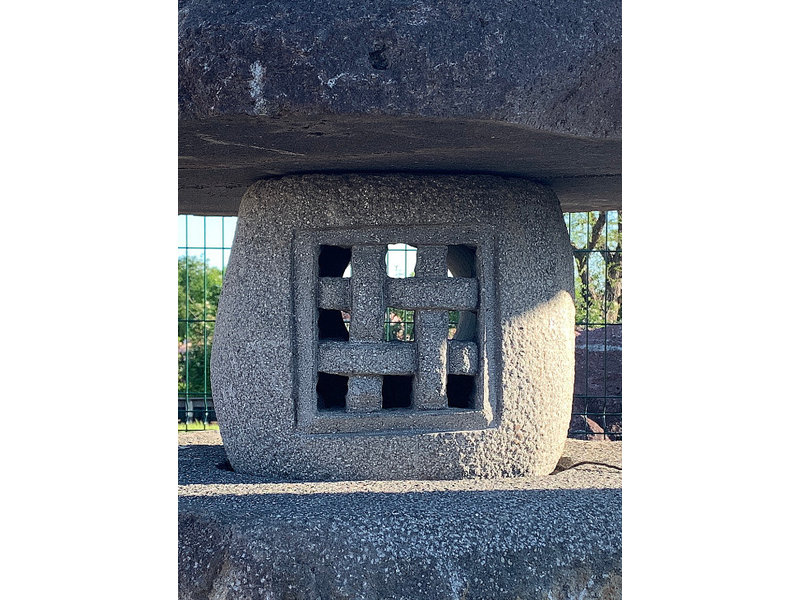 Item description - YO01010232
Stone lanterns, Ishidōrō (石灯籠) in Japanese, are without a doubt the most characteristic part of the traditional Japanese garden. The phenomenon originated from China more than a thousand years ago, from there it spread to Korea and eventually was integrated into Japanese culture as well. All Japanese holy sites, such as Buddhist temples and Shinto shrines, use stone lanterns as sacred light sources. During the 16th century, stone lanterns became very popular among Japanese tea masters and they were used to light the path through the tea garden leading towards the tea house. Ever since then, one or multiple stone lanterns are featured in almost every traditional Japanese garden.

Nozura-dōrō (野面灯籠) literally translates to lantern of rough stone, a very fitting name. The famous stone lantern variation is for the most part made of unpolished rock. This gives the lantern a natural and rustic appearance, making it blend well into any garden or landscape. An important principle of the traditional Japanese garden is that it should reflect the true essence of nature. A principe that strongly supports peoples choice for a lantern like the Nozura-dōrō.