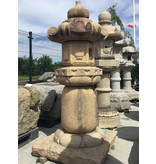 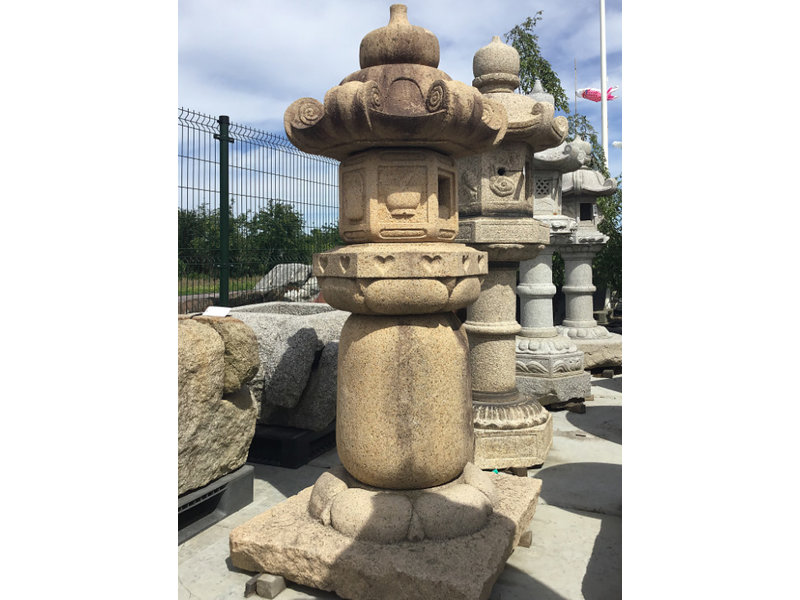 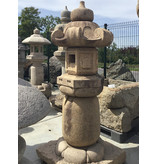 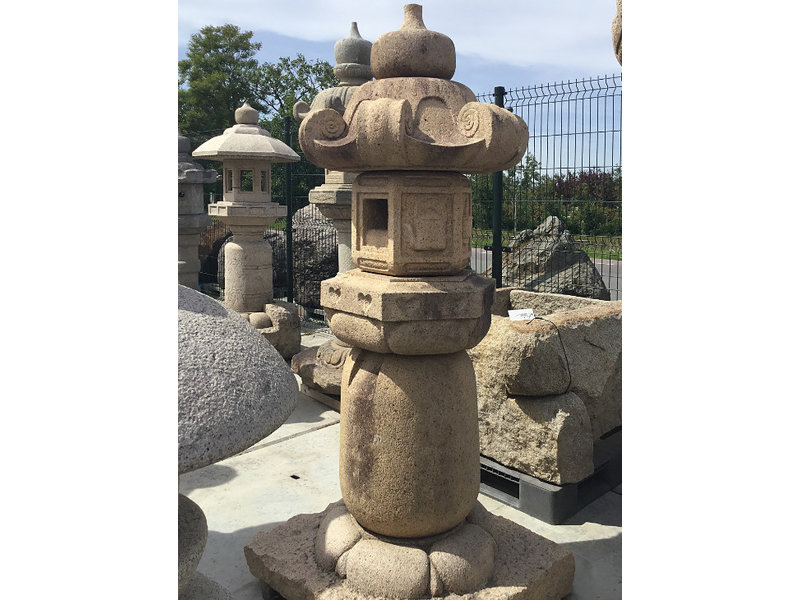 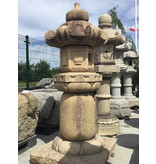 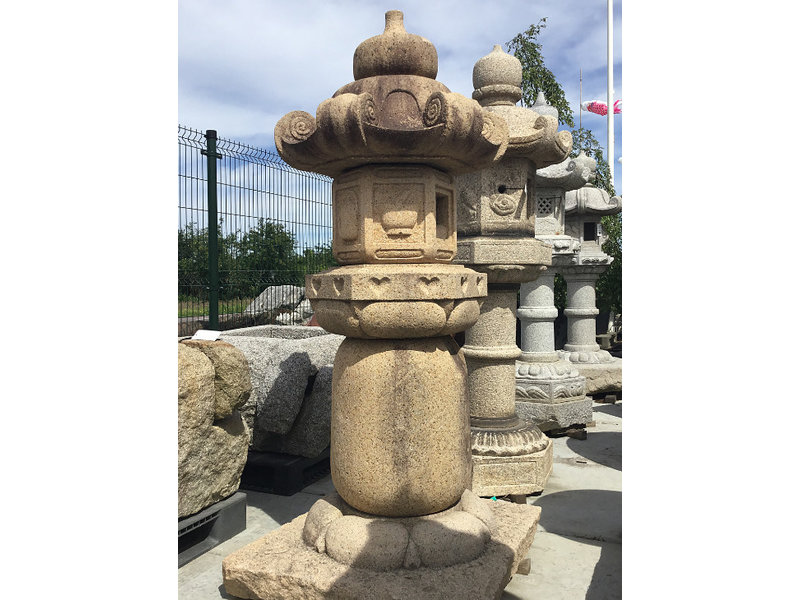 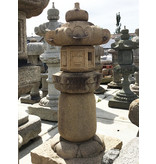 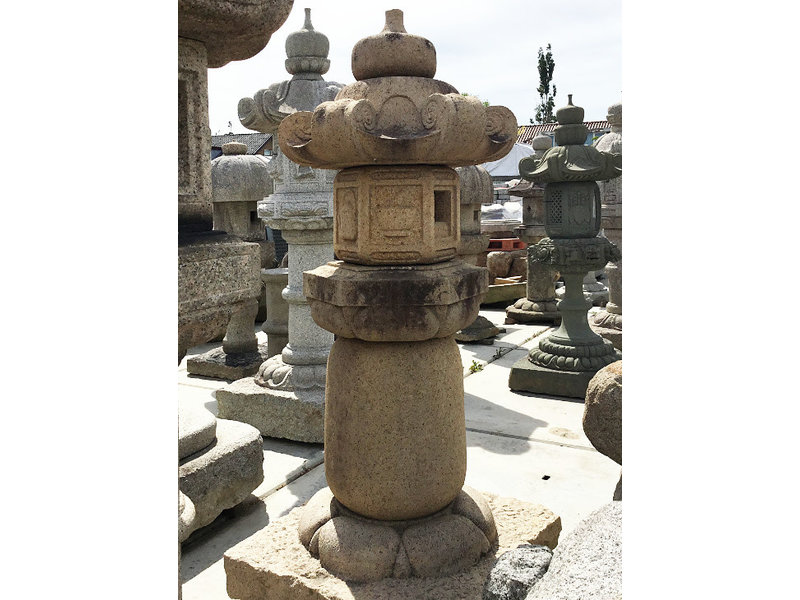 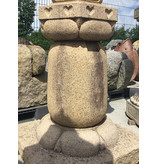 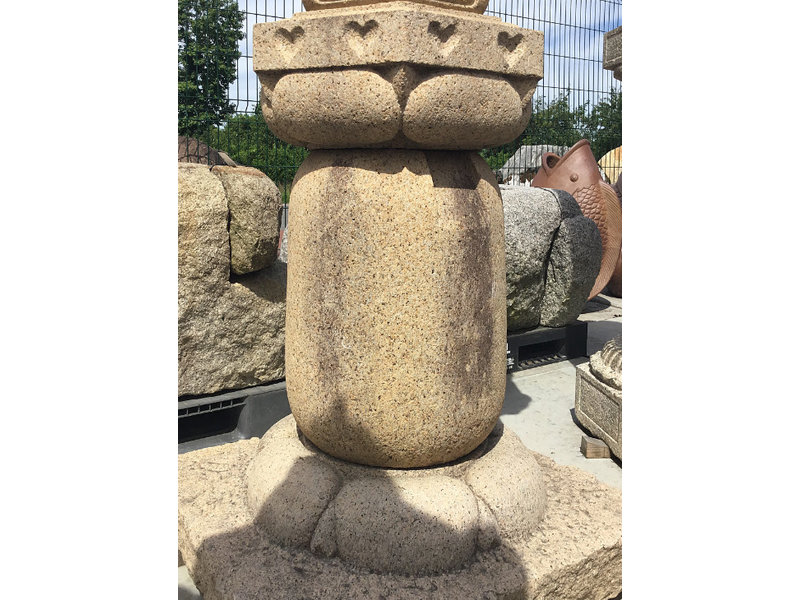 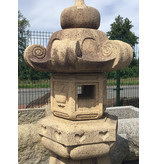 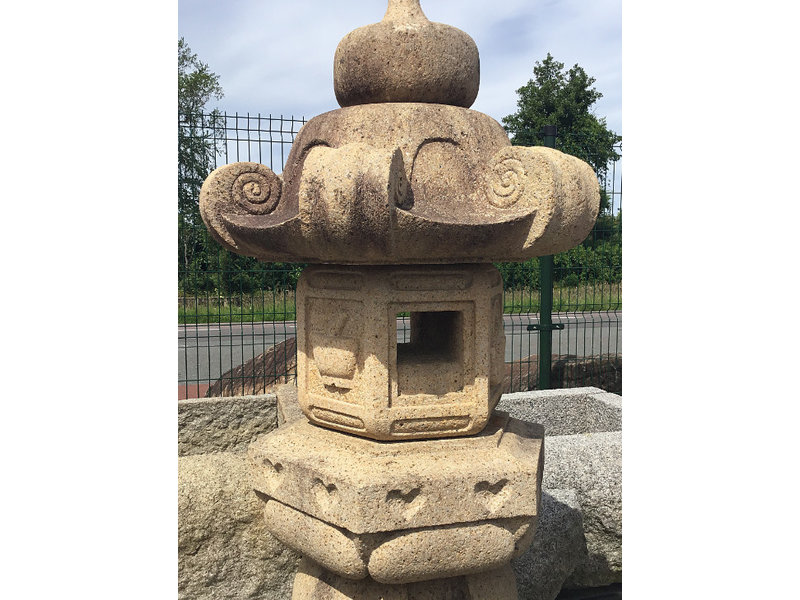 Item description - YO01010230
Stone lanterns, Ishidōrō (石灯籠) in Japanese, are without a doubt the most characteristic part of the traditional Japanese garden. The phenomenon originated from China more than a thousand years ago, from there it spread to Korea and eventually was integrated into Japanese culture as well. All Japanese holy sites, such as Buddhist temples and Shinto shrines, use stone lanterns as sacred light sources. During the 16th century, stone lanterns became very popular among Japanese tea masters and they were used to light the path through the tea garden leading towards the tea house. Ever since then, one or multiple stone lanterns are featured in almost every traditional Japanese garden.

A Japanese stone lantern is made up of multiple independent parts that need to be carefully stacked on top of each other to create a perfectly balanced lantern. The different parts are from top to bottom:
• Hōju/Hōshu (宝珠) - The jewel at the top of the lantern
• Ukebana (請花) - The foundation of the jewel
• Kasa (笠) - The umbrella which protects the fire box from harsh weather conditions
• Hibukuro (火袋) - The fire box
• Chūdai (中台) - The platform of the fire box
• Sao (竿) - The post
• Kiso (基礎) - The foundation
• Kidan (基壇) - The base platform

The Zendō-ji Gata Ishidōrō (禅導寺型石灯籠) is a very special Japanese stone lantern. It has a uniquely characteristic rounded Sao and features heart-shaped carvings as well as tea utensils on the Hibukuro. This is in reference to the many tea gardens in which the lantern can be found.